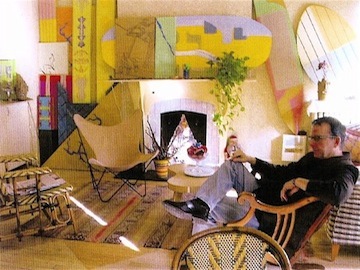 George Hildrew paints and draws occurrences conceived and received using both figural and abstract formats. His paintings depict psychological narrative structures and in many instances reference both descriptive passages and phrasing from popular culture and novels. Using sublime evocative colors, he confronts a controlled expressive imagery while looking at as well as through it.

He received his BFA in Painting from University of the Arts, Philadelphia, PA, and his MFA in Painting from Indiana University, Bloomington, IN. Since 1991, he has been a Professor of Painting at Union County College, Cranford, NJ. George Hildrew resides in Haddon Heights, NJ, with his wife Judith Abranovich, and works from his studio in Brooklyn, NY.